The upload perk detection seems to consistently list “Empty” for Boon: Circle of Healing (maybe more, just this one noticed on repeat).

Match example where it was entered manually: Login - NightLight
Original screenshot for above match (with two instances of CoH); 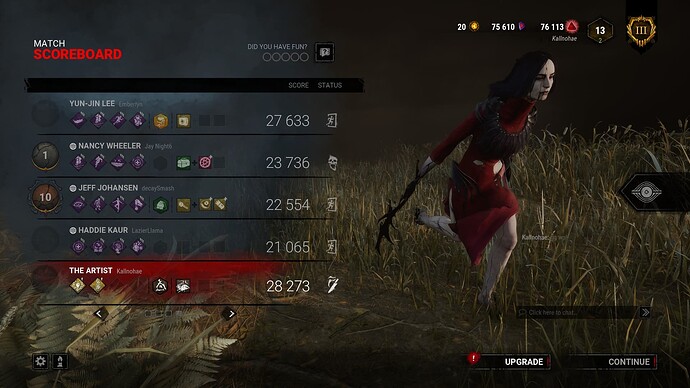 Hey, thanks for the report. This is an issue I’m aware of and just about have a fix ready for - it required some less than trivial tweaks to the identification system so has taken a bit of time to get right. If all goes well, I’ll have it released later today.

Hey, just following up on this one. Had a few matches today where survivors 1, 2, & 4 each had Boon: Circle of Healing. In most cases it was properly identified, and in one case it wasn’t identified correctly, but was at least detected (as opposed to “Empty” per the original post issue).

I’m assuming this change was made recently, and if it was, then please consider this issue resolved. Thank you very much for the effort you put into this!

Thanks for the follow up - your suspicions about a change are correct, I released an update for it a couple of days ago. I’m glad to hear it’s working well - I was a bit worried as despite my testing going well the community has a way of finding ways to break stuff

The recognition rates are currently a little conservative as I decided to focus on the accuracy issues first and see how it performed in the real world. I’ll be trying to get them up a little bit when I revisit it around the next DbD update.